A Little Bit About Aaron Stewart

I am Aaron Stewart, the developer behind the products on this site, and indeed the site itself.

For my entire career I have had steady background in Windows development starting with C, moving through C++ and eventually C# and the .net Framework. During this time I have of course come across the various ancillary technologies, especially WEB and database, but throughout fundamentally utilizing my abilities as a hands on, problems solving developer.

From an early point in my career I have developed a strong inclination towards good practice and standards, tempered, of course, by real world requirements as experience has been acquired. At a later stage I have also become more and more interested in the ability of software engineers to actually deliver the goods, and the various project methodologies that apply to this end.

Throughout my career I have also bolstered what has been learned through employment with my own studies and projects. This has often been the most important part of my ongoing learning allowing me to explore ideas, techniques and practices without a deadline to limit learning. Of course this has also lead to many unfinished projects . . . ;-)

My computer skills are not limited to development; I have used computers to create music and graphics and edit video and audio.

Industry Areas I Have Worked In

Learning the intricacies of the investment finance industry, and then applying them using robust development techniques, was a challenge to say the least. A large part of the work was heavily SQL based involving not only moving large amounts of data around, but performing a variety of financial calculations on the data in a performant manner. Mobilizing the data to the customer in a variety of formats was also a large part of the job.

Broadcast involved a large amount of machine control, directly through serial cables and remotely over a network. There was also a large element of database work, and almost all of the GUI elements were proprietary. For all of these reasons code had to be lean, efficient and fast, and required an in depth knowledge of the operating system in which it was to run and the network transport that was to be used.

Working in a law firm required almost the opposite end of the development spectrum from broadcast. Application functionality was richer and far more specific and the emphasis was on deliverable functionality and time scales. Only when speed became a problem was it given priority. 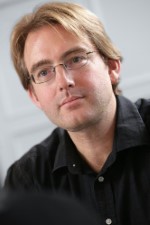